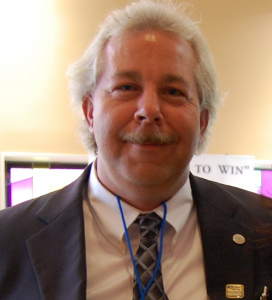 Henry Bockman is a Navy Veteran that served with the F-14 Squadron “The Starfighters” on board the USS America as an Aviation Ordinance man that specialized in F-14 weapons systems.  After he left the military he started a home maintenance company in Maryland called Henry’s Housework. Since 1989 Henry Bockman has taken nearly every power washing training course available, and been certified by the Power Washers of North America, Wolman, Jahn Masonry and Restoration services, Seal N Lock, American Builders and Restoration, BASMA, Cathedral Stone, Alliance Trade Education Services and the Contractors Foundation. Bockman has worked with other contractors and organizations in the industry to create many of the power washing classes in existence today. Bockman helped to create the first International training program in the United Kingdom for softwashing and pressure washing.  His experience and training in the pressure washing industry make him one of the most knowledgeable pressure washing contractors in The United States.

Bockman served on the Board of Directors for the Power Washers of North America as the Chairman of the communications committee, PWNA Webmaster, PWNA BBS Administrator, creator of Clean Across America campaign, and as the President and a founding member of the Maryland State Chapter of PWNA. Bockman has received The Daily Points Of Light Award from President Bush, PWNA Marketing awards, the Joe Walters Award, letters of recognition from The President Of The United States and the Governor of Maryland.

In 2016, Bockman was appointed to the Commission on Veterans Affairs, testified for Congress, graduated from the Veterans Institute For Procurement.

Bockman’s companies have donated their services and expertise to help clean up communities, and to clean some of our Nations most cherished Monuments including the Lincoln Memorial, Jefferson Memorial and the Abner DoubleDay Stadium in Cooperstown New York.  Bockman currently resides in Maryland with his wife of 25 years and two teenagers